Is success limited to only a select few?

What do they all have in common? They are successful.

Will you ever match their level of success? Probably not.

That’s ok. They are outliers.

So let me ask you: Is there someone in your field that is kicking butt? Someone who has started the business you wish you had? Someone who has gained traction with the same audience you want to reach?

It’s a familiar story we tell ourselves. And it stops us from putting one foot in front of the other and building the business of our dreams.

It’s happened to me. I’ve waited too long to take action. But then, I did it. These myths were holding me back too.

Let’s debunk this common story so that we can move forward and achieve our goals.

There are two beliefs that hold most people back.

First, the many common stories we’ve grown up with are brainwashing our dreams away.

“That’s how the other half lives.”
“You should set realistic goals.”
“They had money from the start.”
“They are way smarter.”
“They have connections.”

What stories are you telling yourself? STOP.

The rags to riches story is not the fairy tale we tell ourselves. Sure some people are born rich or win the lottery. But most successful people work hard and learn from their mistakes.

For the first time in history, technology has allowed people to build a business and market themselves with little or no money.

They aren’t that special. Your future is now in your hands. Make it happen.

Second, the fear of competition.

Most successful people will tell you that they aren’t concerned with the competition. Their mindset is that competition is good.

Why? It keeps them on their toes. It shines attention on their field. And it encourages other industries, especially technology companies, to make products that support their initiatives.

They benefit from being part of a group. You will benefit too.

Work hard, start making an impact, and then become friends with your competition. Work together. Help each other.

Successful people join forces. Soon enough, that person you quietly envy will be looking to you for advice.

2. You were never going to be first, and that’s ok

The reality is that the likelihood of you being first is close to zero.

There are over 7-billion people in the world. While you are awesome and pretty unique, chances are being first is long gone.

Successful people wouldn’t be where they are today without someone else leading the way.

Watch and learn. You don’t have to make the same mistakes they made. You have a better chance of succeeding because they have failed, dusted themselves off, got back up, and succeeded.

Also know that if they are doing well, your business idea is going to work. You lucky son of a gun. You struck gold.

3. You are unique, and you will attract people because of your differences

Do it differently. Do it better. Sell yourself and be transparent. You will attract an audience just because you are you. And that right there is pretty awesome.

Don’t give up on building your dream business because someone else beat you to the punch.

Join us for the Get Focused! Goal-Setting Challenge for Women Building Their Successful Future starting on July 23rd.

You can do this!

We are women building our future. #hearusroar 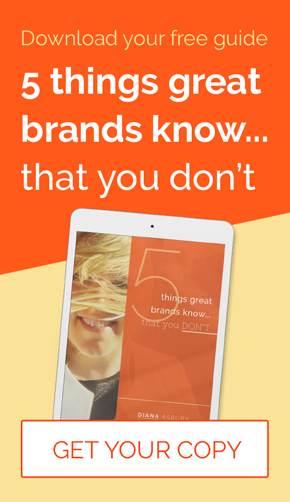